Taking the TREBATU project management system of Pamplona City Council as a reference, ATRI also aims to reverse the fact that "only 31% of public procurement falls on small and medium-sized enterprises (SMEs), in fact when they present 98.7% of the integrated business sector in Spain." In the light of this, there has recently been a growing conviction that public procurement can and has to be a technique to guide the change of production model and achieve social and/or environmental objectives as we see in the new European and local regulatory framework.

Directive 2014/24/EU of the European Parliament and of the Council of the 26th of February 2014 (hereinafter Directive 24) stipulates that as a general rule a division of the contract into lots must be carried out in order to favor the participation of The SMEs, giving them greater opportunities to compete with large companies in public tenders. The Social Procurement Guide of the Barcelona City Council, approved in 2016, proposes the inclusion of social, labor and environmental clauses in public contracts to "erect public procurement as a real engine of the city's economic activity, contributing to change Of economic model and the improvement of the social model and put itself at the service of people and the common good. "

In this sense, ATRI proposes to operate as a vector that helps create employment and recover a productive sector affected by the crisis. It would try to use investment and public procurement in the construction of housing to make an industrial policy oriented to strengthen the smaller socio-business fabric. 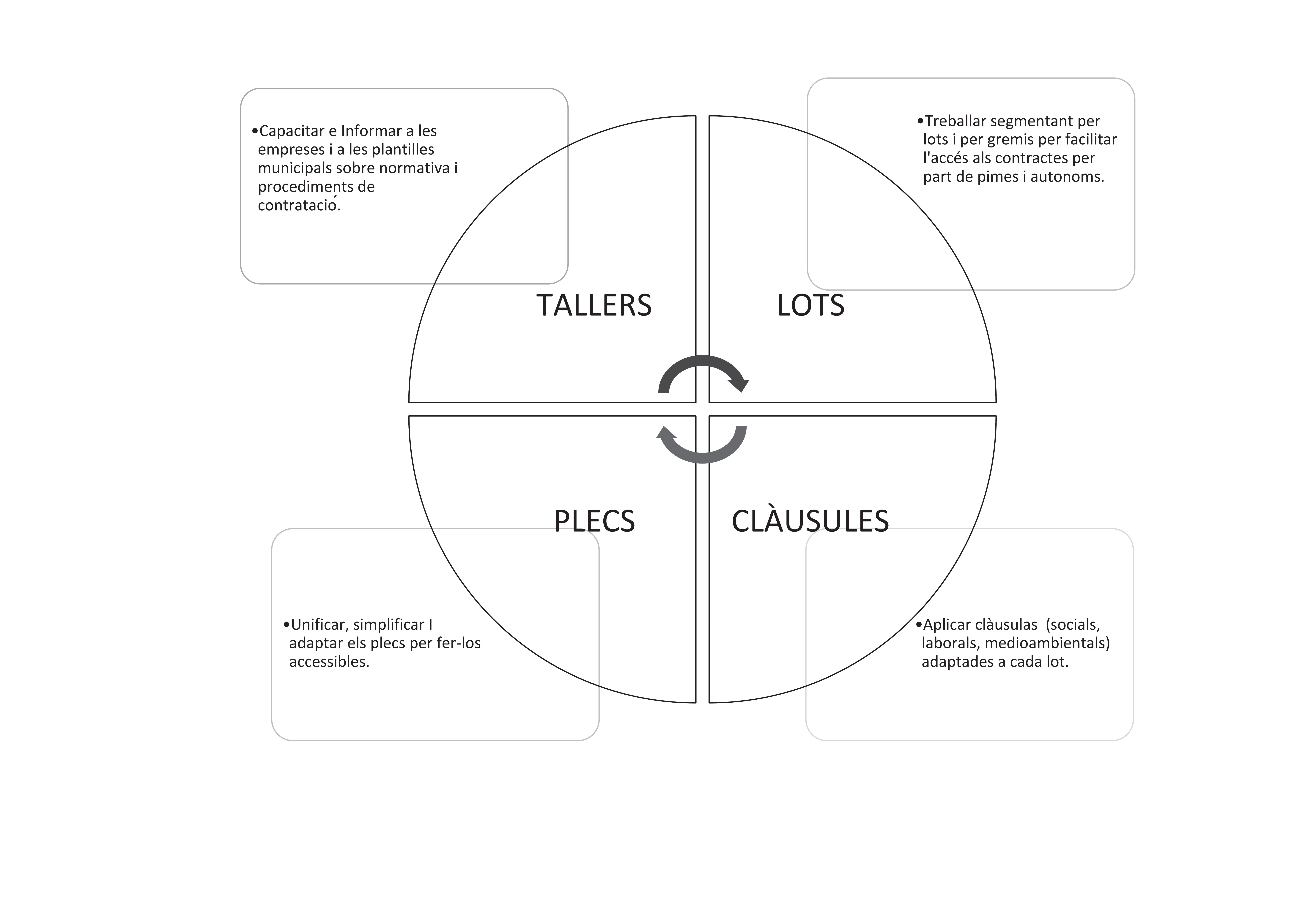