Subtítulo
"The living space does not have to be the product of an abstract professional reflection, which alienates the desires and needs of the users."
Body

"The support structure has the intrinsic capacity to accept change and transformation without losing coherence or dialogue with the existing, without compromising the efficiencies necessary to build projects and, therefore, dense and compact cities."

"In the support structure, control of design decisions is collective. In separable units the control is individual. "

"The act of making architecture is an act of participation, a local dialogue that responds to the act of living and that is anchored in both the culture and the history of a place. "

"The research of strategies for the design of housing where flexibility, capacity for change and transformation and user participation are treated in an integral way is an urgent task."

"We have to anchor our work in the understanding that the purpose of housing as an issue does not lie in the design of the project, not even in its construction, but in the most sublime and profound act of dwelling."

ATRI is based on a tradition that rejects the idea of living spaces as the product of abstract professional reflection which alienates the desires and needs of the people who live in them, disrespects changes in their lives, and ignores the fact that they can leave, and leave their living spaces in new hands.

The proposed methodology introduces flexibility into different layers of the process, and works together with the future inhabitants. Each case would have to be studied in detail, always envisaging the participation of future inhabitants in the configuration and equipping of common spaces and the possibility of intervening in the finishing phases of their dwelling unit.

With this system, in addition to participation, we are conducting a research with Dr. Eva Morales, architect and expert in participatory processes adapted to collective housing projects, to promote ATRI's adaptability to different lifestyles and configurations, the gender perspective, the sense of belonging, identity issues, and social integration. ATRI assumes that the housing allocation system allows developers to get to know a significant percentage of future users in the project phase. In this phase, the details of housing and common spaces will be worked on by a committee open to the new and future inhabitants, and developers will be required to involve them in the assisted DIY phase. 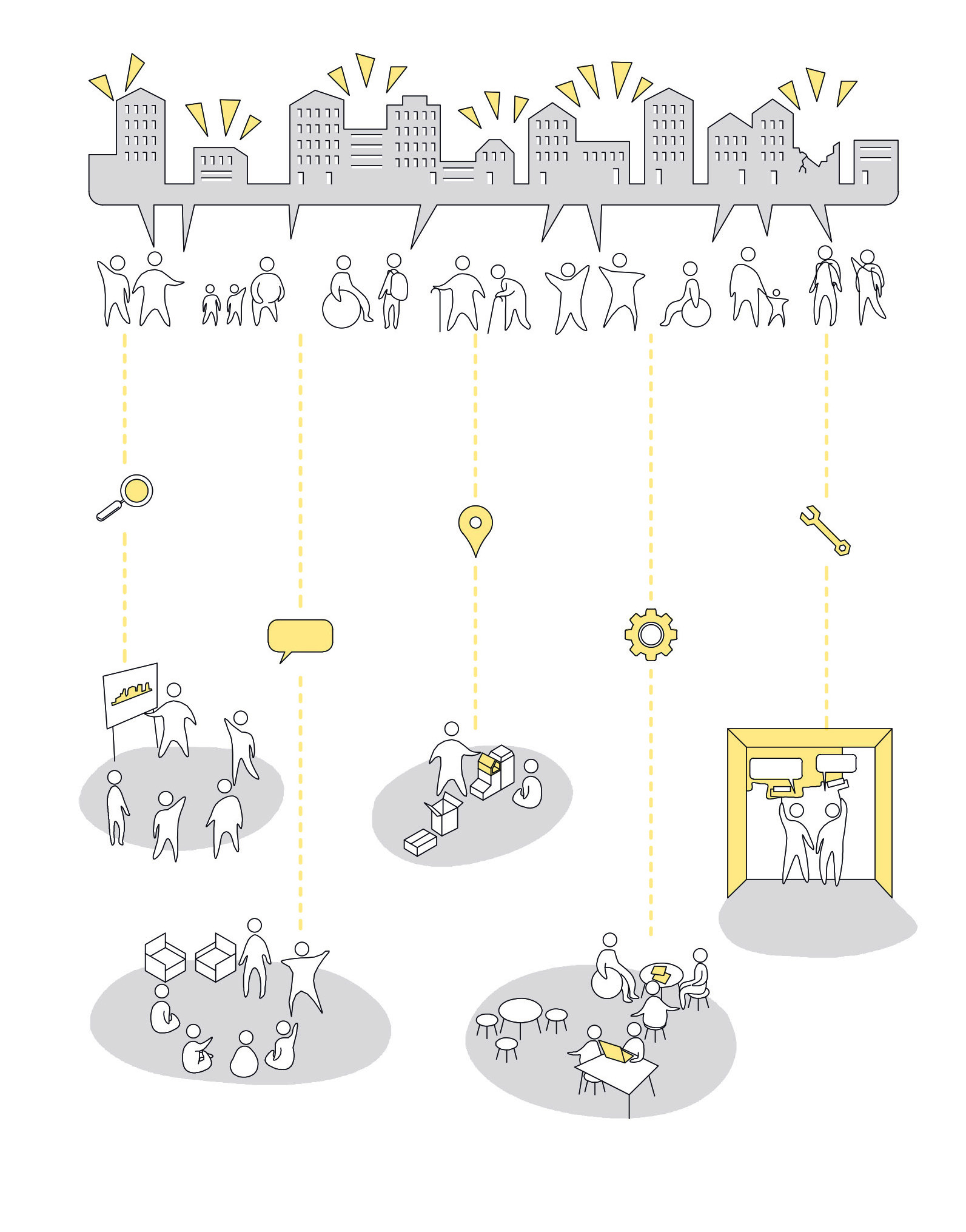