Focusing on interventions on public grounds, ATRI projects work with certain zoning regulations. Although the details may vary in different specific jurisdictions, we would be looking at non-permanent housing - a supply of temporary housing to satisfy the need for shelter, emergency accommodation, or emancipation of particular minorities. This kind of housing can be created from scratch or through the replacement of existing public facilities. ATRI projects require zoning changes to allow geometric operations in the specific city space. For example, new housing can be created even above existing public facilities, so that there is no need for replacement.

On the other hand, constructing housing on private land can be seen as a strategy for the correction of urban dysfunctions. For example, cases of building sites on which the obligation to build within a certain time limits has been violated due either their vacant state or because a building has begun but it has not been completed. These lots are registered by City Hall, and beyond imposing fines on owners; planning authorities may urge their sale. This opens up new possibilities for the creation of temporary public housing through an agreement with the owners, who can choose to negotiate the consequences of their non-compliance and give up the building temporarily. As a result, an urban dysfunction turns into a social function that benefits both the owner and the community. It is important to remember that the aim of this initiative is to create housing rather than impose sanctions, since there is always the option to turn empty spaces into opportunities.

These are just examples, the legal pathways that ATRI could use and advocate to achieve its goal of creating public and affordable housing are not new, they are just uncharted territories. 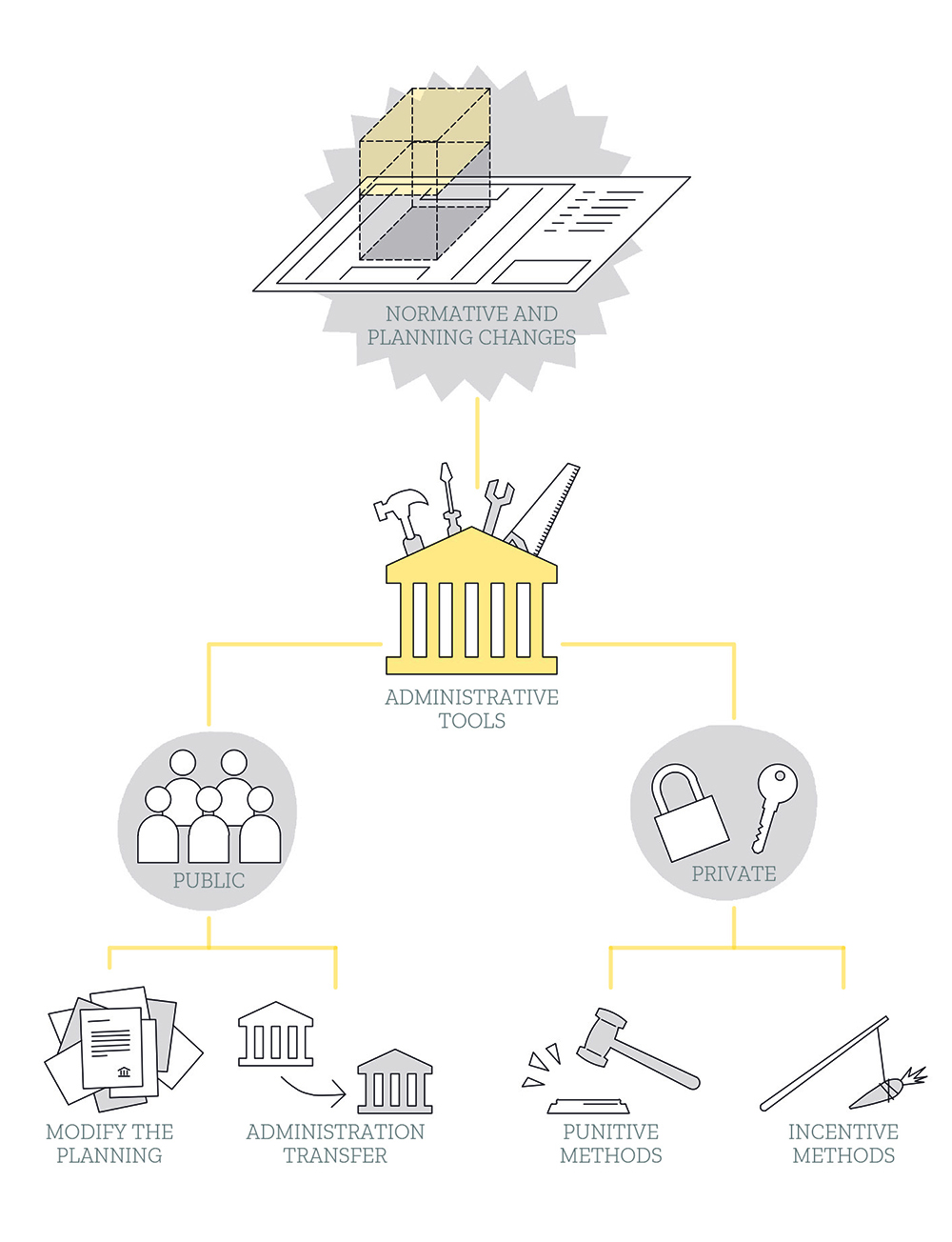