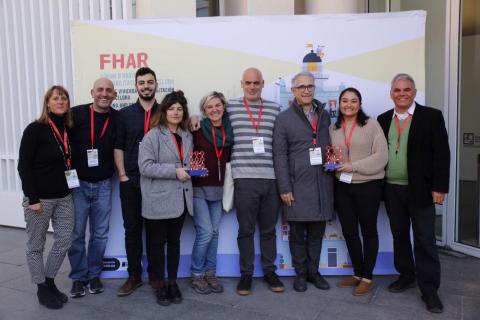 We are finalists in the BCN-NYC Affordable housing challenge

We are happy to announce that our proposal, ATRI, is a finalist amongst 54 proposals from 16 different countries. Our proposal was joined together with CAH, a project from Medellin, Colombia because of its similar features and construction methods. Both proposals made up 1 of 3 finalists which presented their proposals on March 20th, 2019 at the Barcelona Museum of Contemporary Art (MACBA).

Straddle3 has been developing the ATRI strategy for close to 20 years, with a few case studies in Barcelona. Right now we have just designed the first pilot for the APROP program of the Barcelona City Council, having the function of proposing technical solutions to an unprecedented system in this country.

ATRI stands for TACTICAL ACCOMMODATIONS OF INCLUSIVE REPOPULATION. A group of architects, economists, lawyers and builders have joined to try to give an answer to the blatant lack of public housing and the concentration of assets in big hands that the recent economic crisis has shamefully revealed in global cities.

CAH (Construction Systems for Affordable Housing) is the union of two teams. The first is a couple of young architects that won a contest, the “Medellín Experimental Social Housing”, continuing in an incubation company and a pair of master degree researches at the university in Colombia. The second, an experienced architect who made a spanish patent, being developed in Colombia in his professional and academic practice at the University, like the prototype for the Solar House contest in latin America.

CAH and ATRI have met before at “Piso Piloto” exhibition in Medellín and Barcelona, the 3rd Congress of Collective and Sustainable Housing in Guadalajara México, and now, destiny has joined them again in “Barcelona and New York City Affordable Housing Challenge”

One of the most significant problems for affordable housing both in Barcelona and New York is that available building ground is very scarce. These cities are almost full.

Pressure and demand is growing on one side. On the other hand, mobility is changing fast. Its infrastructures, when not choked by smoke and noise, might be available for a more civic approach.

The long time and high costs in conventional construction processes are also a present problem.

To respond to this problem, CAH and ATRI propose to use the existing - building on top of what is already built - employing light construction systems.

We aim to increase industrialized construction, reducing the cost and construction times in the early stages, but also incorporating the crafts and skills that have been affected and put aside by the recent economic crisis.

The lack of consideration of people’s lives and the poor quality of conventional designs are also issues at affordable housing.

Cah and Atri both propose participatory design with communities (it means Co-Design), shared spaces between families (Co-Housing), and stimulate assisted self-construction to reduce costs and cause greater empathy for users with their own house. 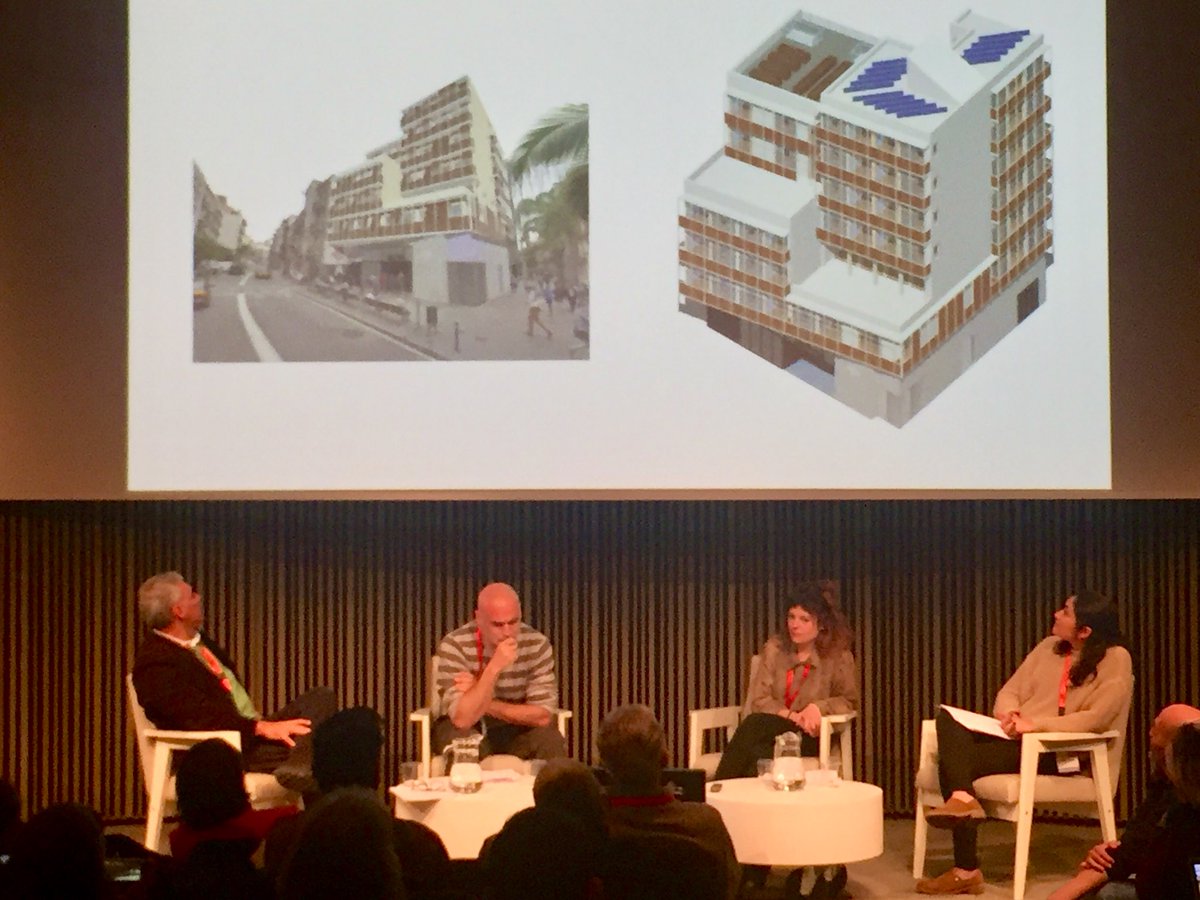 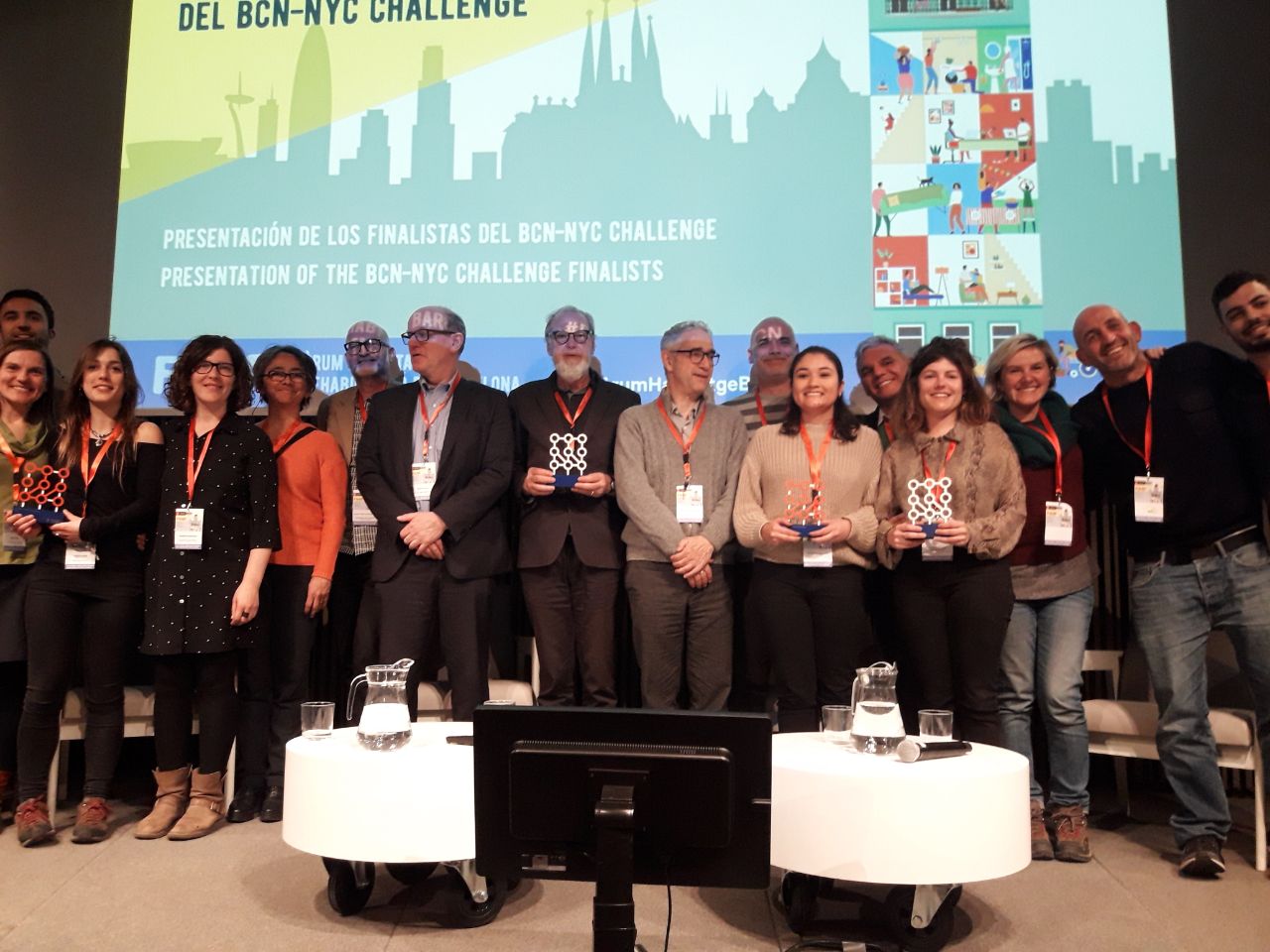 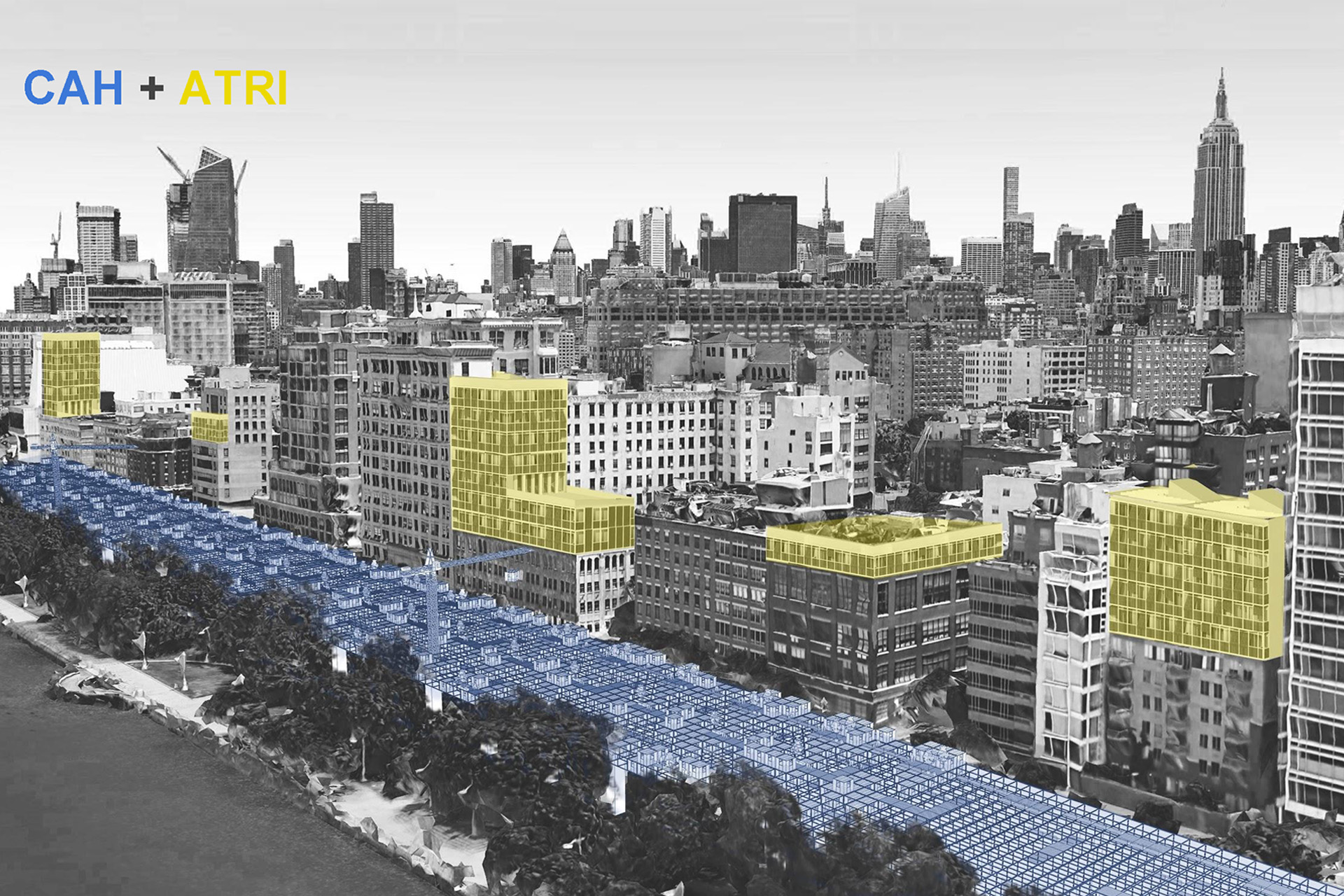 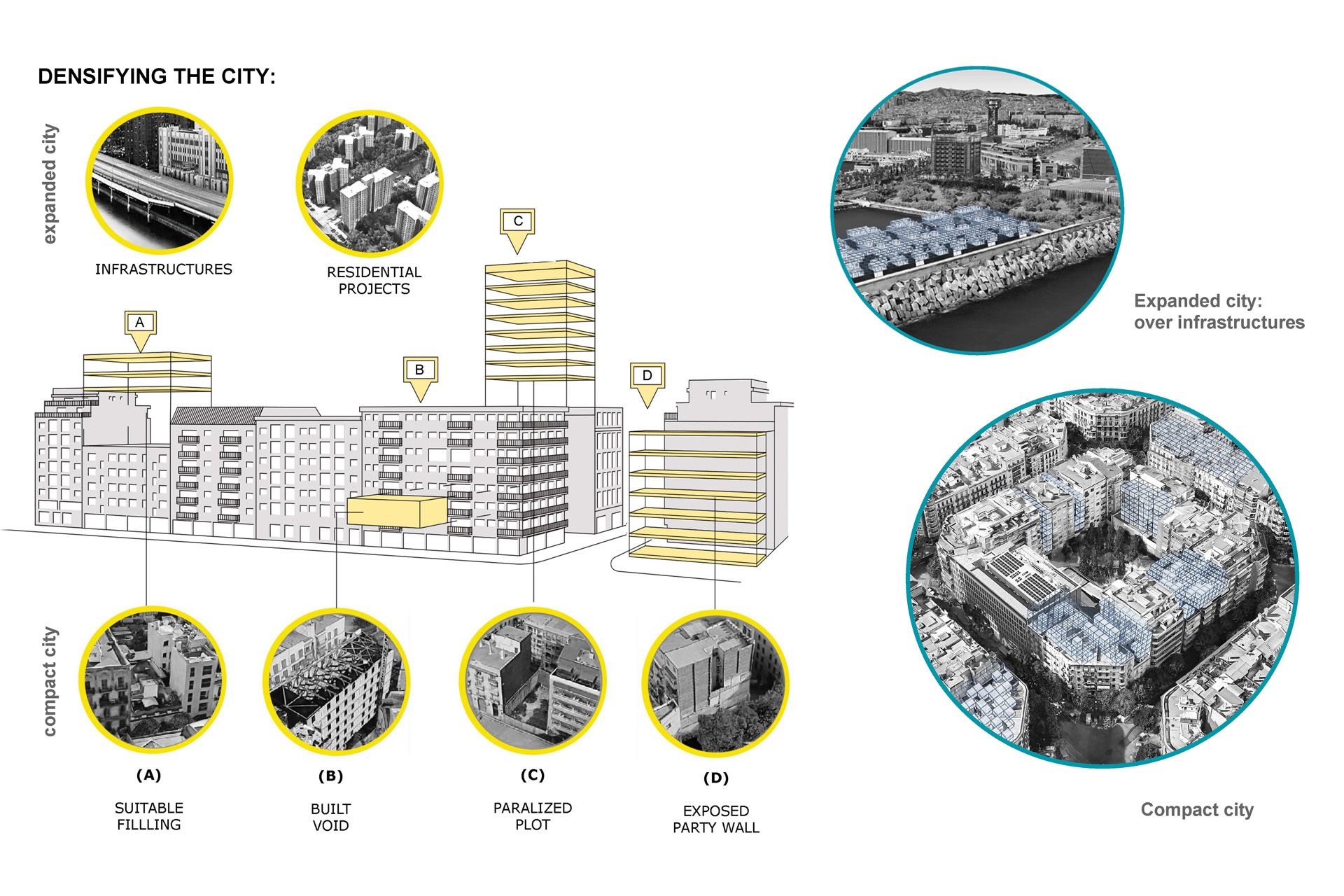 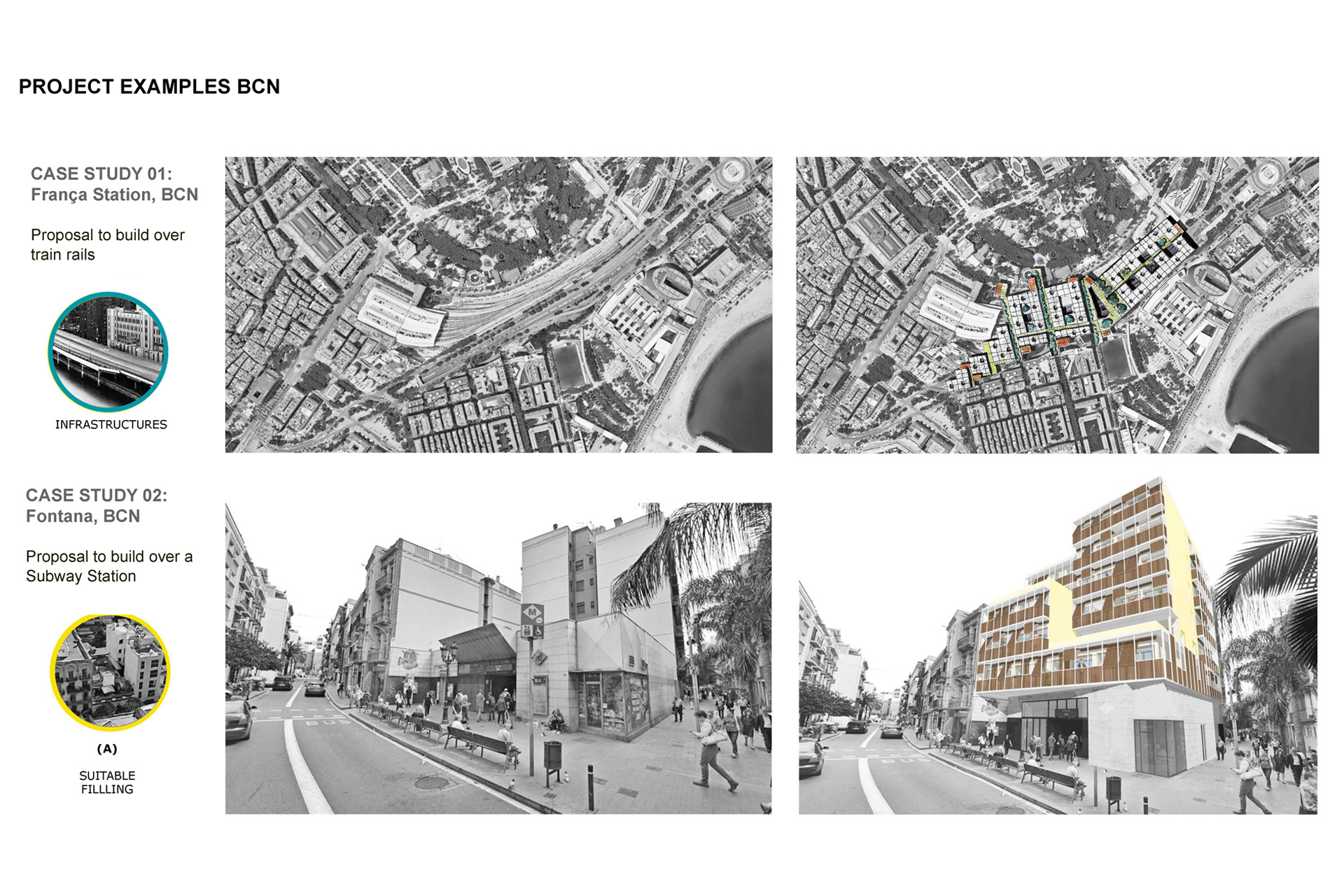 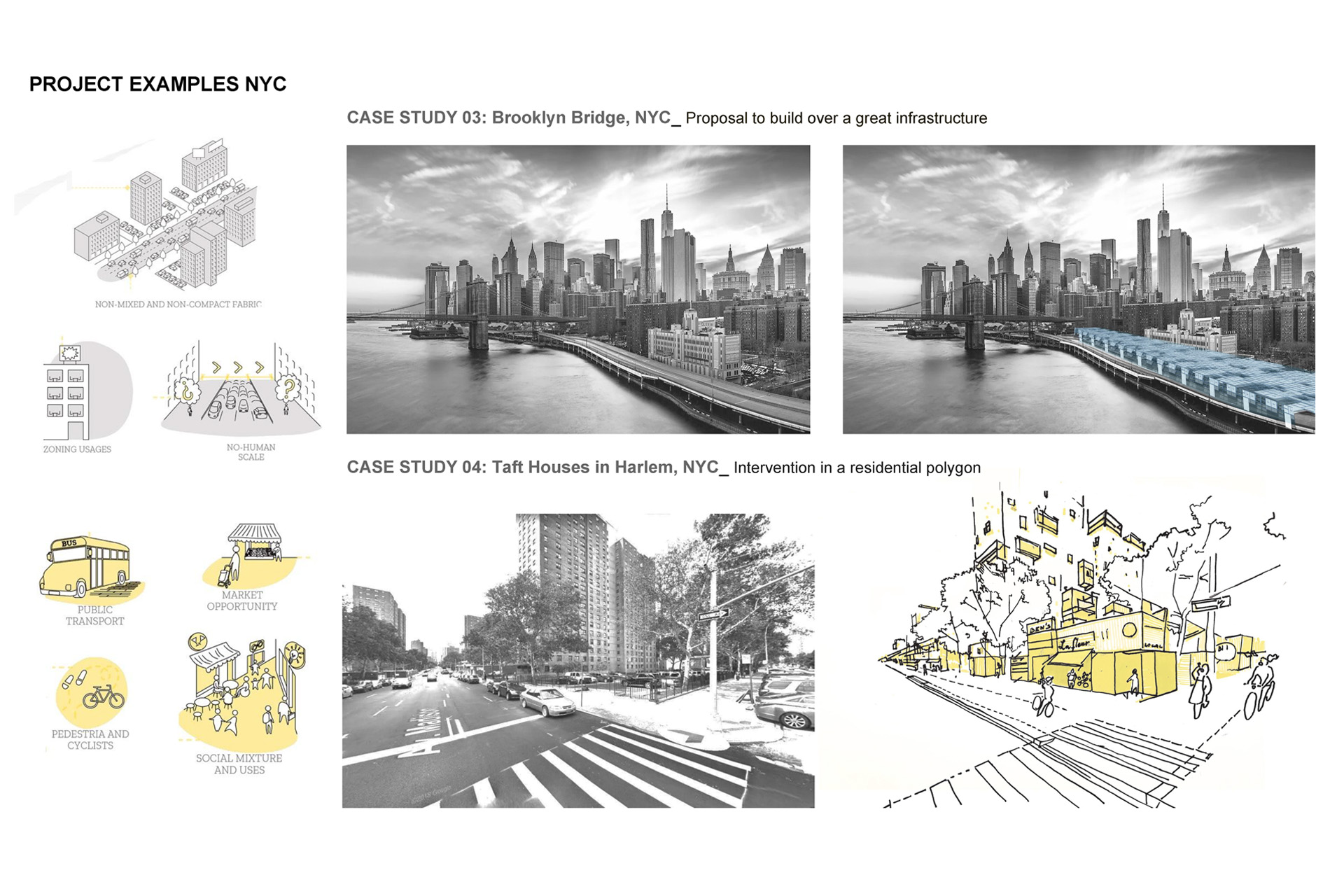 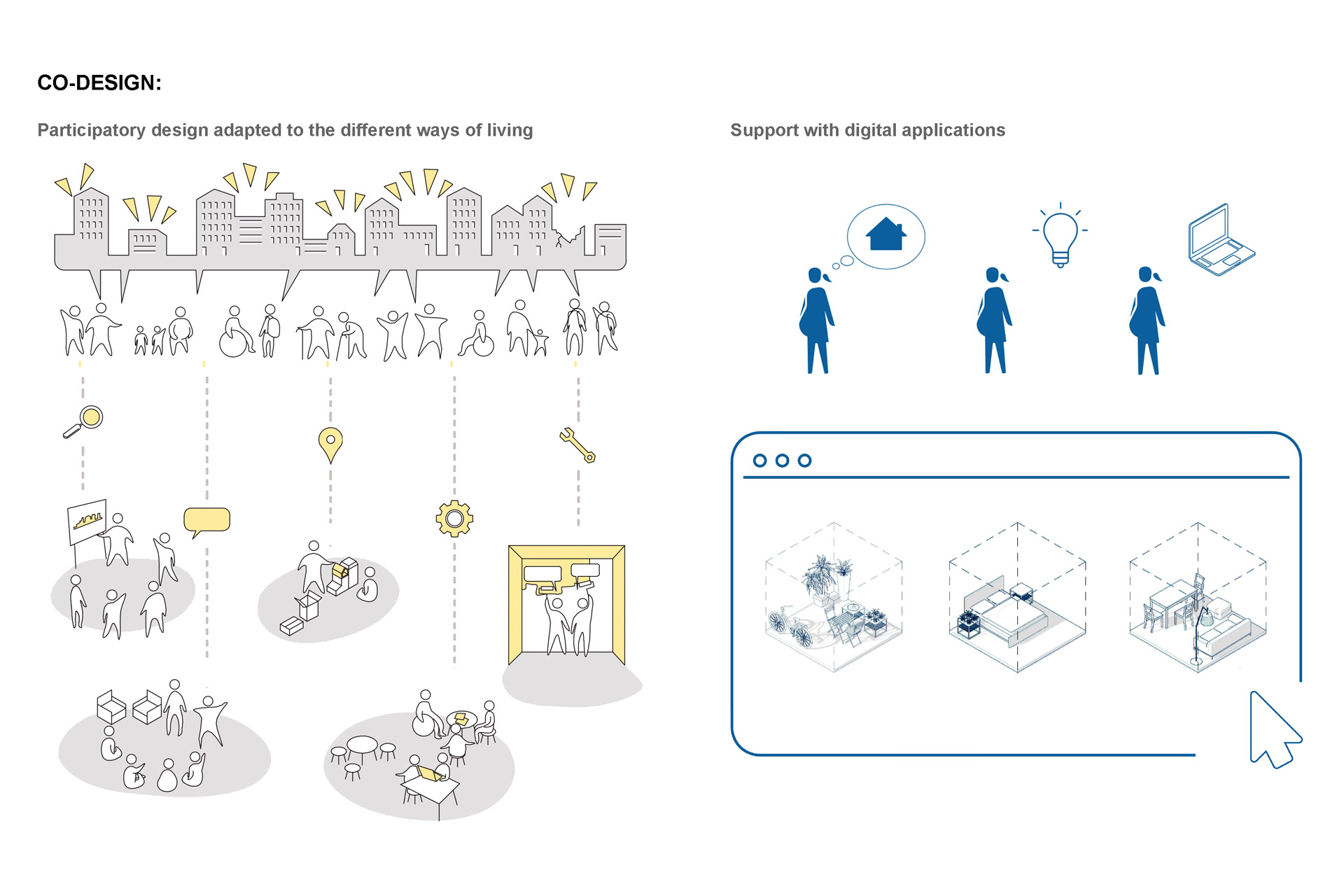 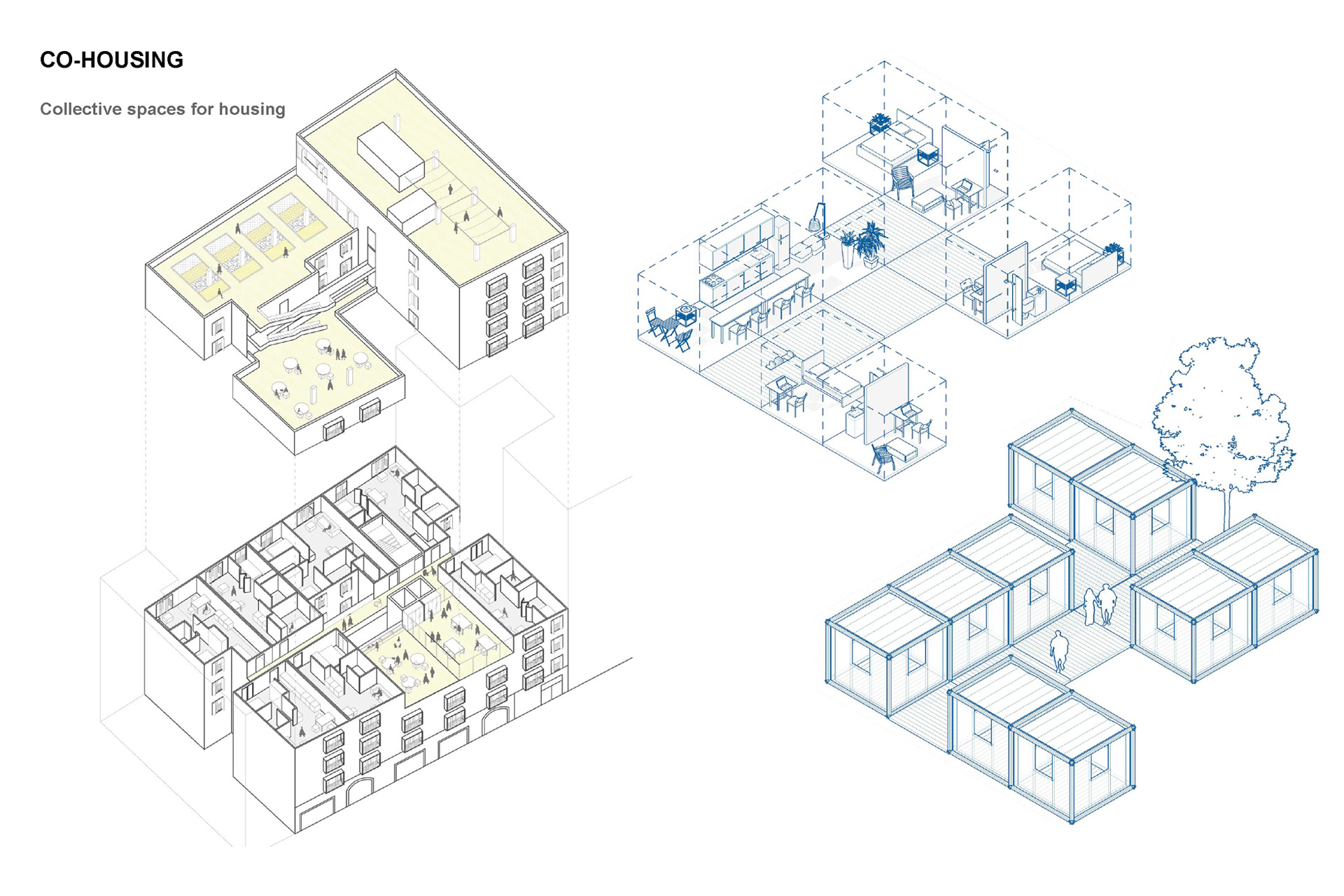 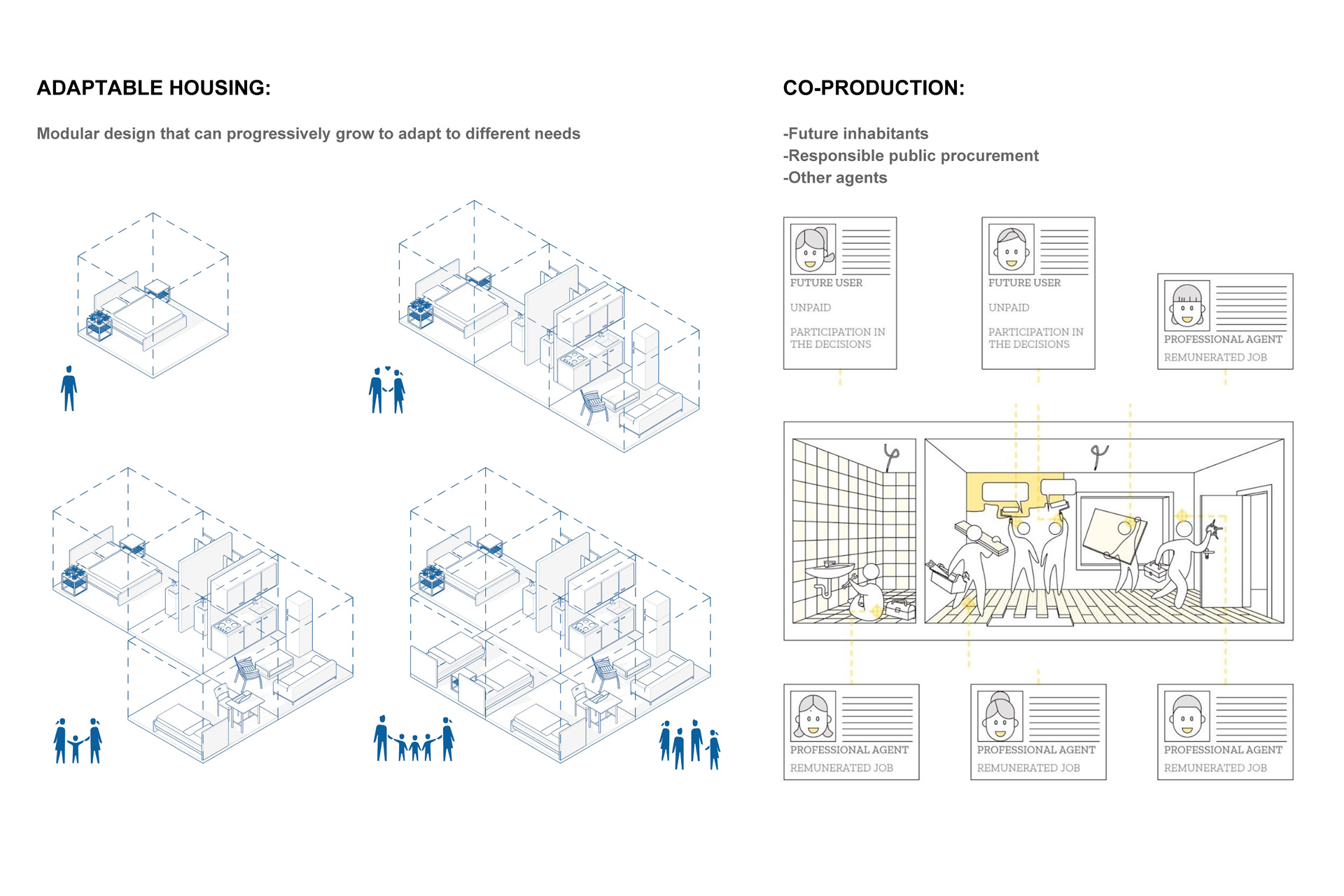 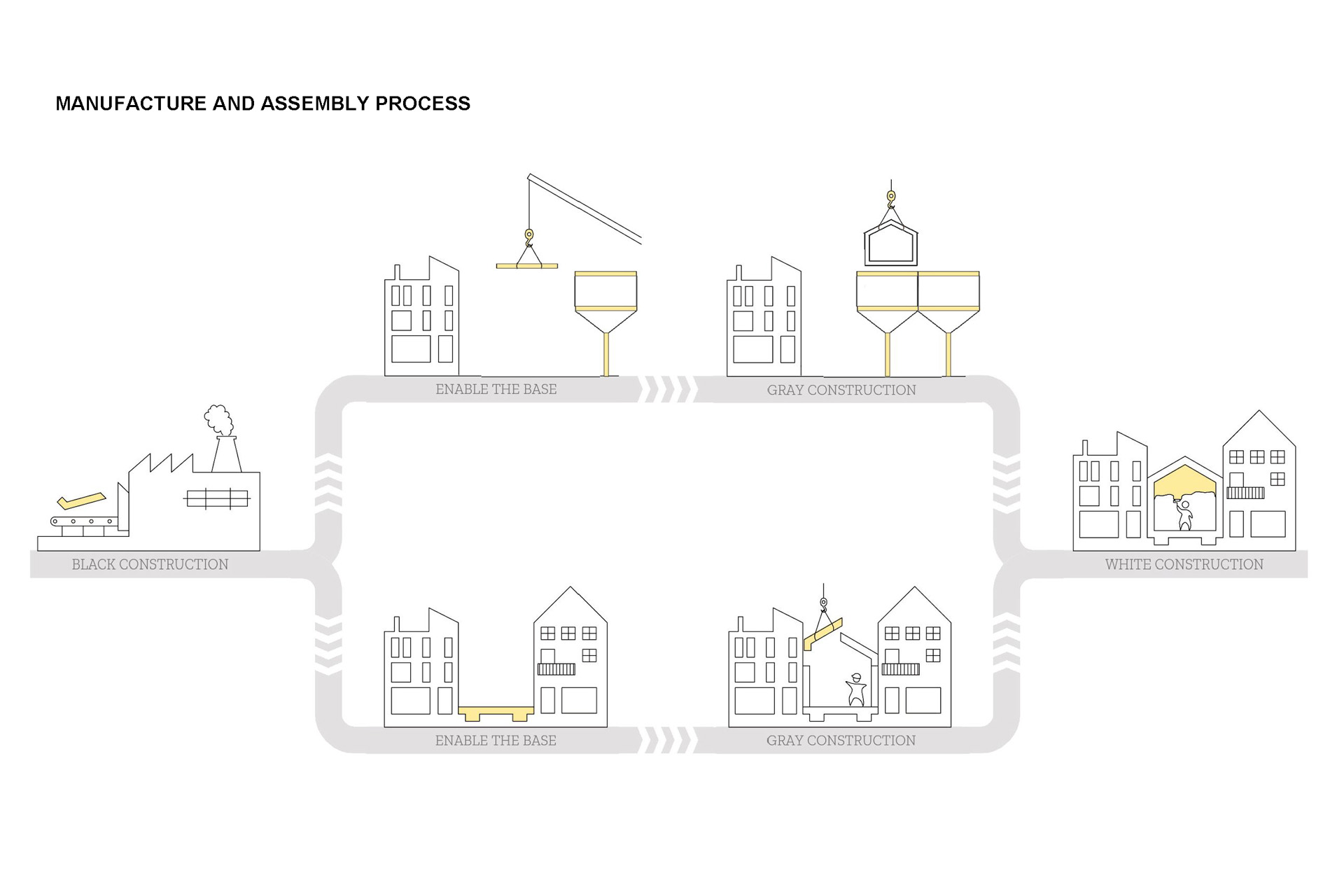 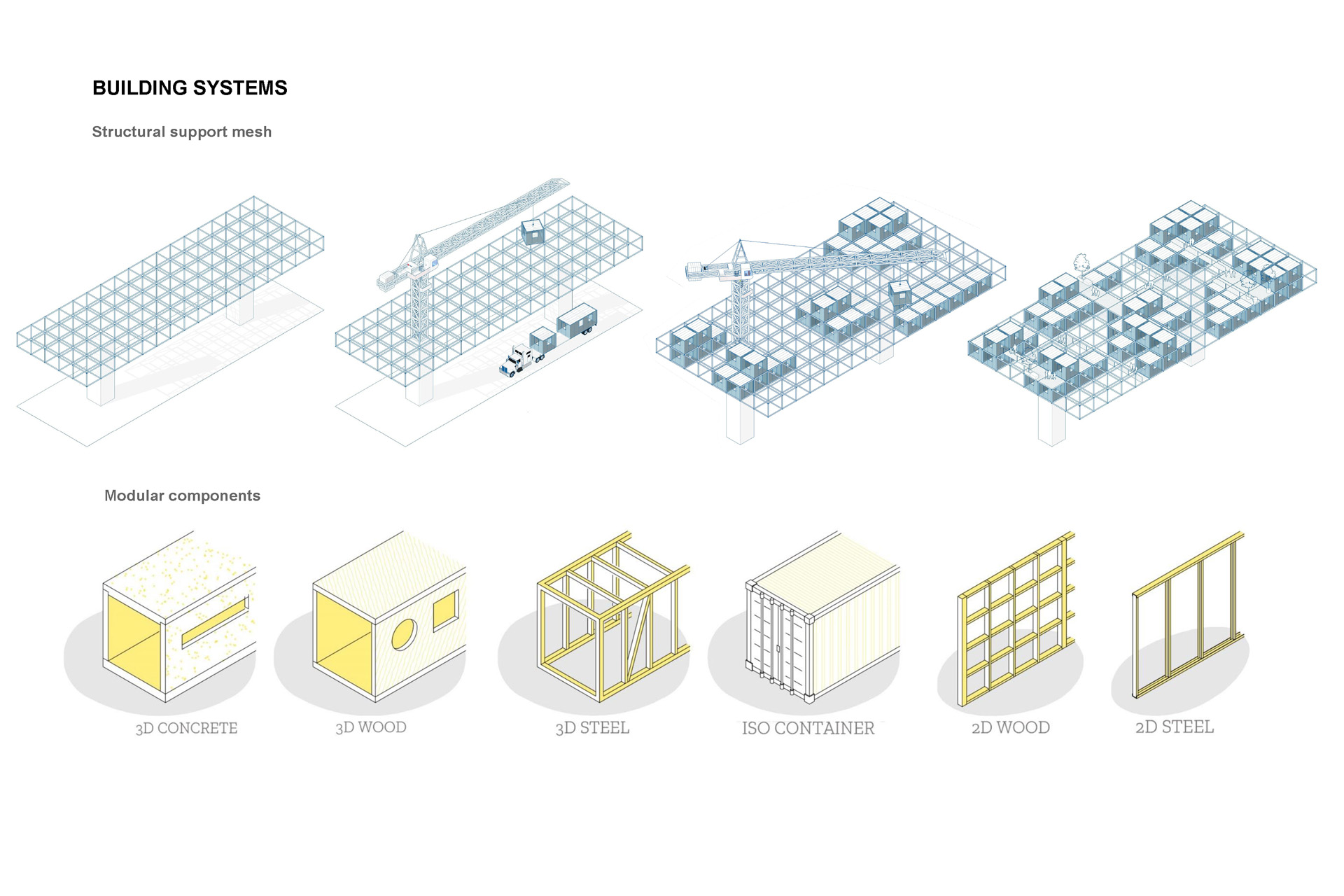 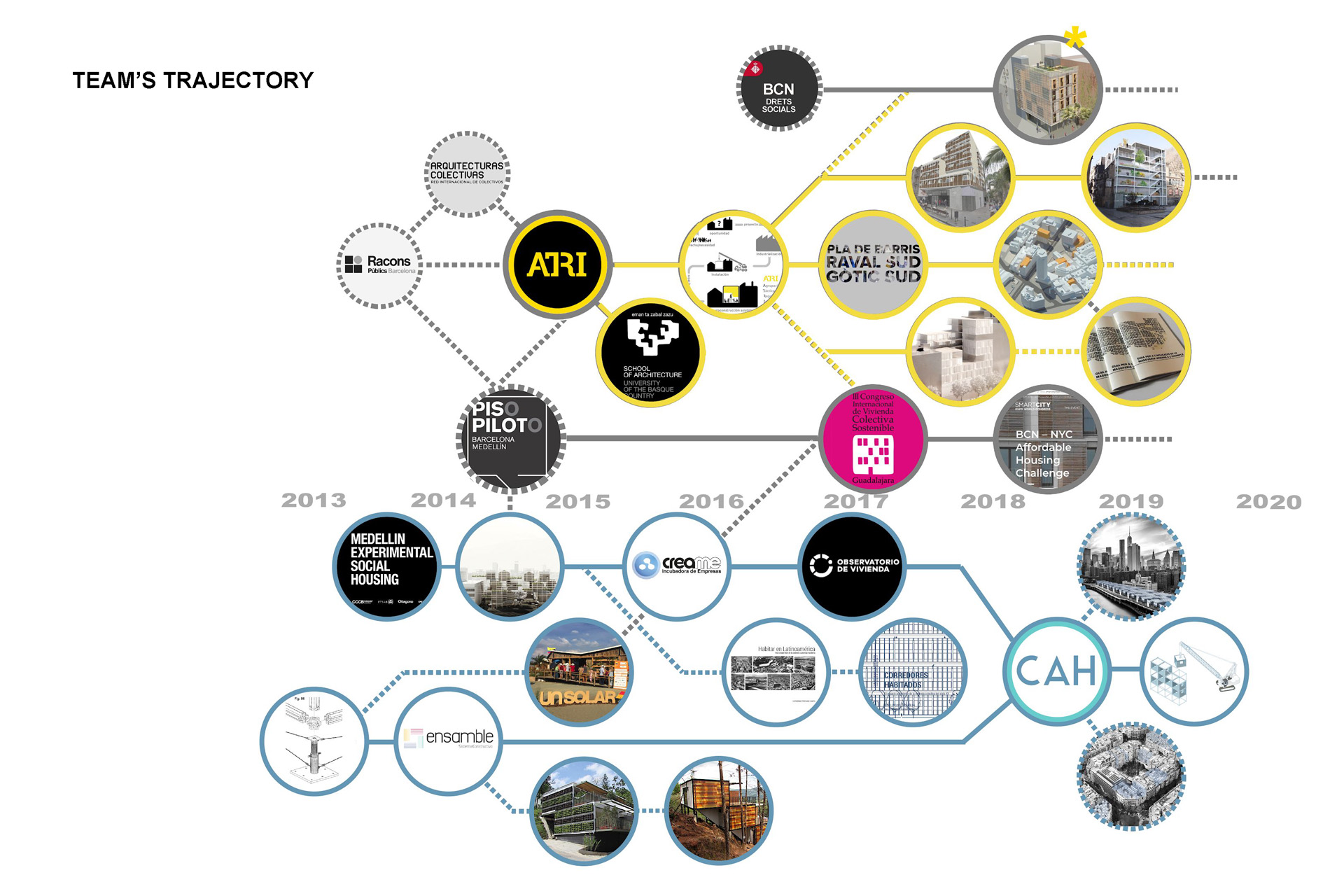