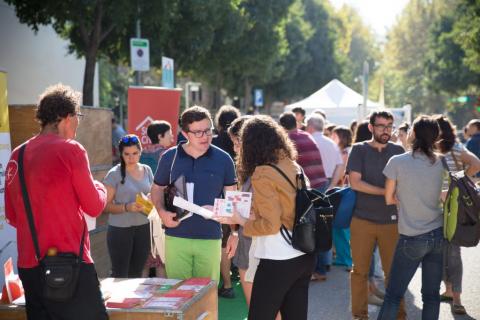 On Saturday, September 29, 2018, the First Cohousing Meeting took place, where the City Council of Barcelona presented some of the cooperative housing projects as an alternative to promote the idea for affordable housing. 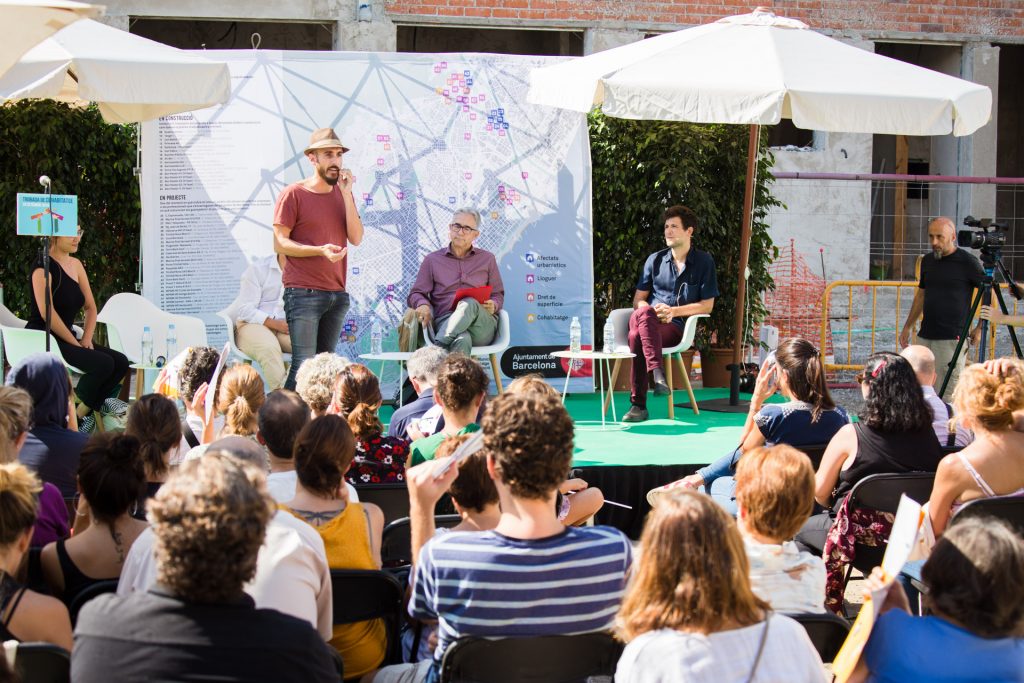 During the meeting, it was also possible to find out about the co-housing project that the Balearic Institute of Housing (IBAVI) is promoting in the Balearic Islands. The IBAVI technicians Lluc Pol Bonnín, Lara Fuster and Carles Oliver explained that they have been working for a year and that a first call is currently being prepared to implement a competition for the project of 5 sites that already have projects on them, in which ethical, social and environmental aspects will be taken into account. 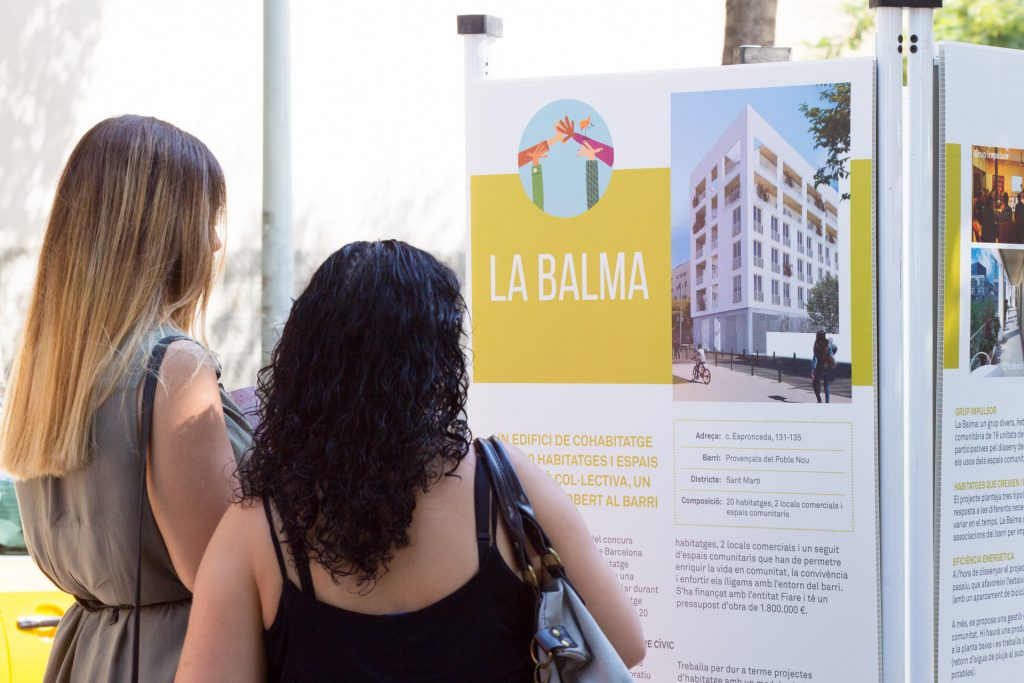 The meeting, a festive one, has been held on the plot of Street Espronceda 131-135, Poblenou neighborhood, where it will soon break ground in the construction of one of the four cooperative housing real estate’s that emerged from the public competition organized by the City Council to build cooperative housing in municipal plots.

Straddle3 has participated in the exhibition with panels on the ATRI model and one of the case studies, the social housing recovery on the Sant Pau Gym.