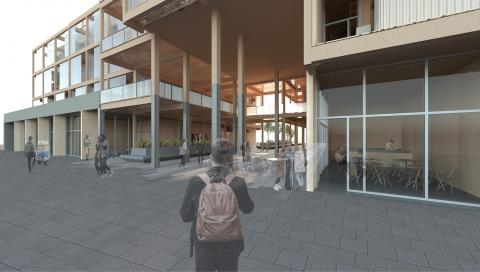 An ATRI site, Cesire Aulatec building, the subject of a University of Calgary architecture research studio

A semester-long Senior Architecture Research Studio of the University of Calgary SAPL Barcelona term-abroad program 2019 was successfully completed by professors Rafael Gómez-Moriana, David Juarez and Oihana García. The students were responsible for designing the adaptive re-use of a real case --the Cesire Aulatec building-- for the municipality of Barcelona. Architect and urbanist Tonet Font, who is in charge of innovation in the department of social rights of the municipality, consulted the students during the studio.

Cesire Aulatec is a primary school in Barcelona’s historical centre, very close to Las Ramblas and Columbus Square, dating from the 1960s that is now only partially used as a training facility for teachers. The city council is interested in the adaptive re-use of these buildings as social housing, given that there is currently a severe shortage of affordable housing in the city centre due largely to tourism, speculation and gentrification.

The original project left important voids between built elements that are suitable for possible extensions. “Spaces between buildings must never be considered ‘residue’ or ‘leftover space’, but rather as public or communal activity areas generated through the positioning of built mass. New construction can often create ‘in-between spaces’ that can be appropriated not only by the designated users of the building but also by visitors and passers-by alike.”

The challenge is to convert the building and voids on the site not only into affordable housing, but also into a meaningful place and community through the incorporation of public space, landscape, and the inclusion of complementary programmatic amenities. The studio approach involved comprehensive subjects such as public space and domesticity, public housing as urban improvement, sustainability, materials and building systems, and globality.

The first stage of the studio involved the analysis of existing Barcelona neighbourhoods. The following questions were posed:

“How does the morphology of the city and the typology of its buildings influence ways of living?”

“How does domesticity manifest itself and extend into the communal and the public sphere in different parts of the city?”

“What is the relation between interior/exterior and private/public in a globalized, complex and layered compact city?”

As a part of the ATRI strategy, materials, building systems and construction processes were to be incorporated that respond to the environmental challenge of sustainability, and limitations of time, energy, and resources. Prefabrication, recycled and reused elements, and local manufacturers were to be prioritized. Moreover, each project was to be elaborated within a context in which participation by future dwellers was a given fact. This entailed providing different options to be presented; “tool kits” and “kits of parts” that enable multiple scenarios instead of a single architectural outcome.

We believe that it is very important to adapt an architectural education system to contemporary challenges of our time through such comprehensive approaches. This is not only possible by upgrading our strategies and tools accordingly, but also, most importantly, by understanding and embracing the idea that the priority for the production of an urban environment should be the socio-cultural, economic-productive, and environmental-territorial context of the inhabitants.

The following images provide some examples of the work produced by the students. 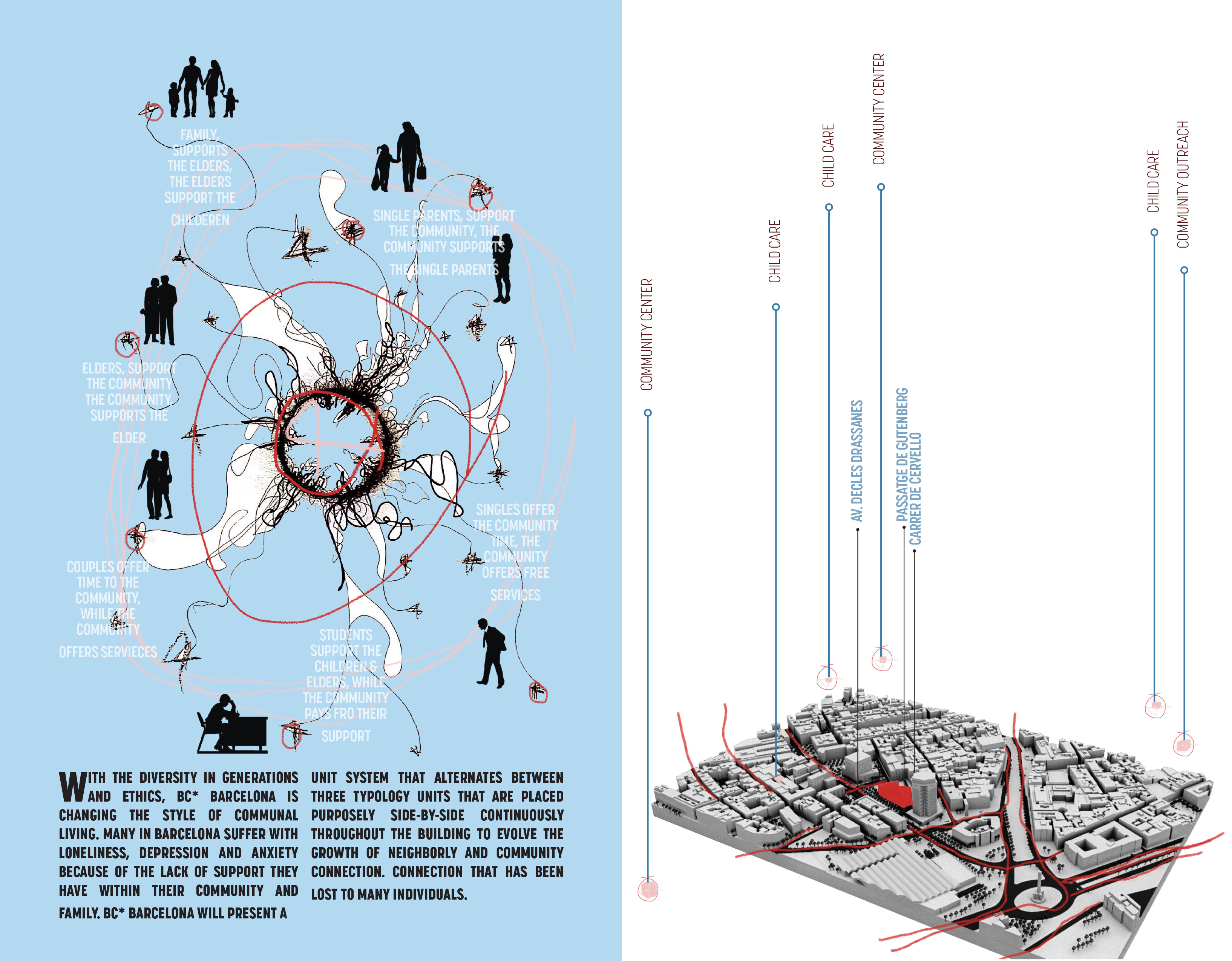 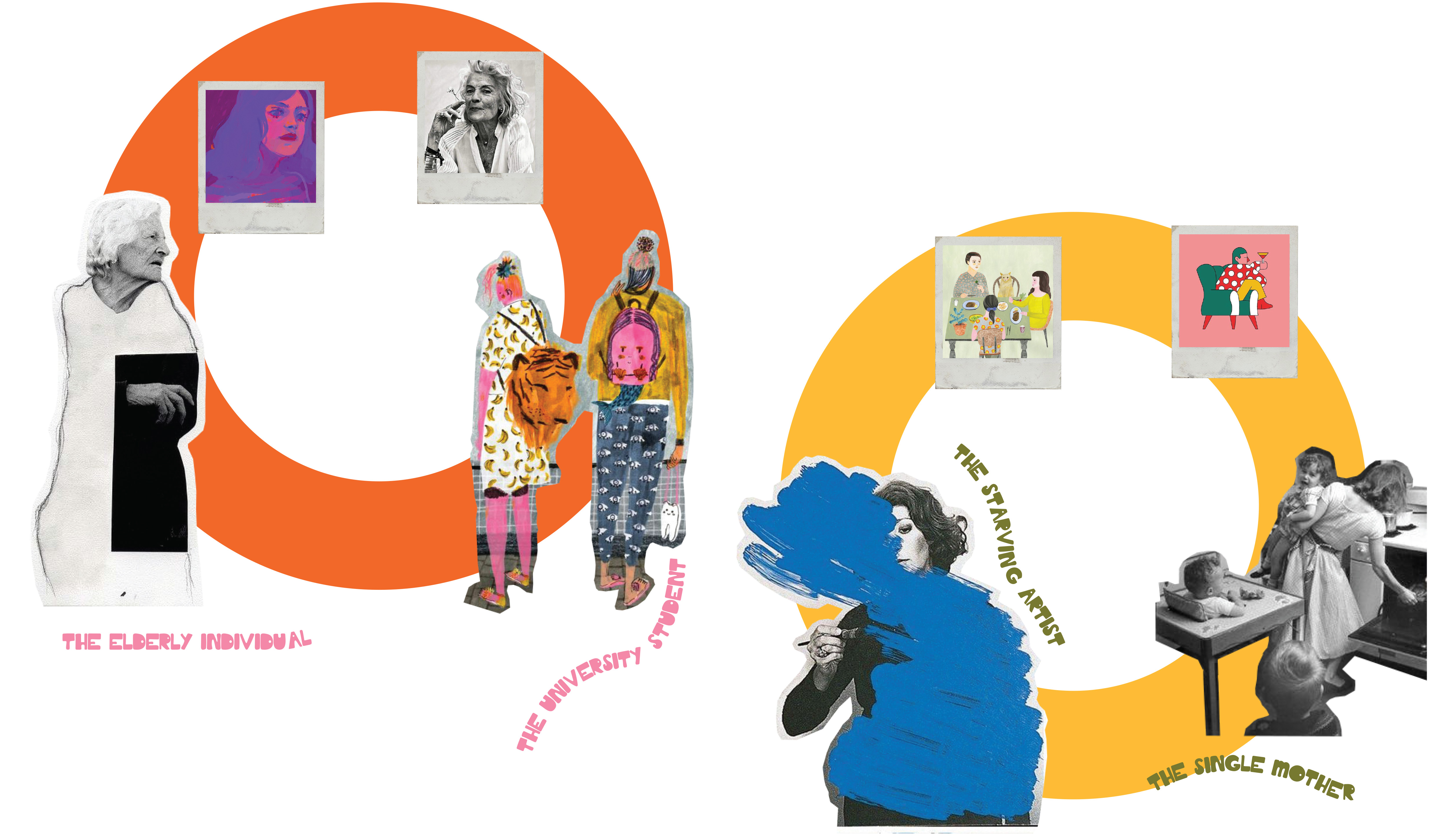 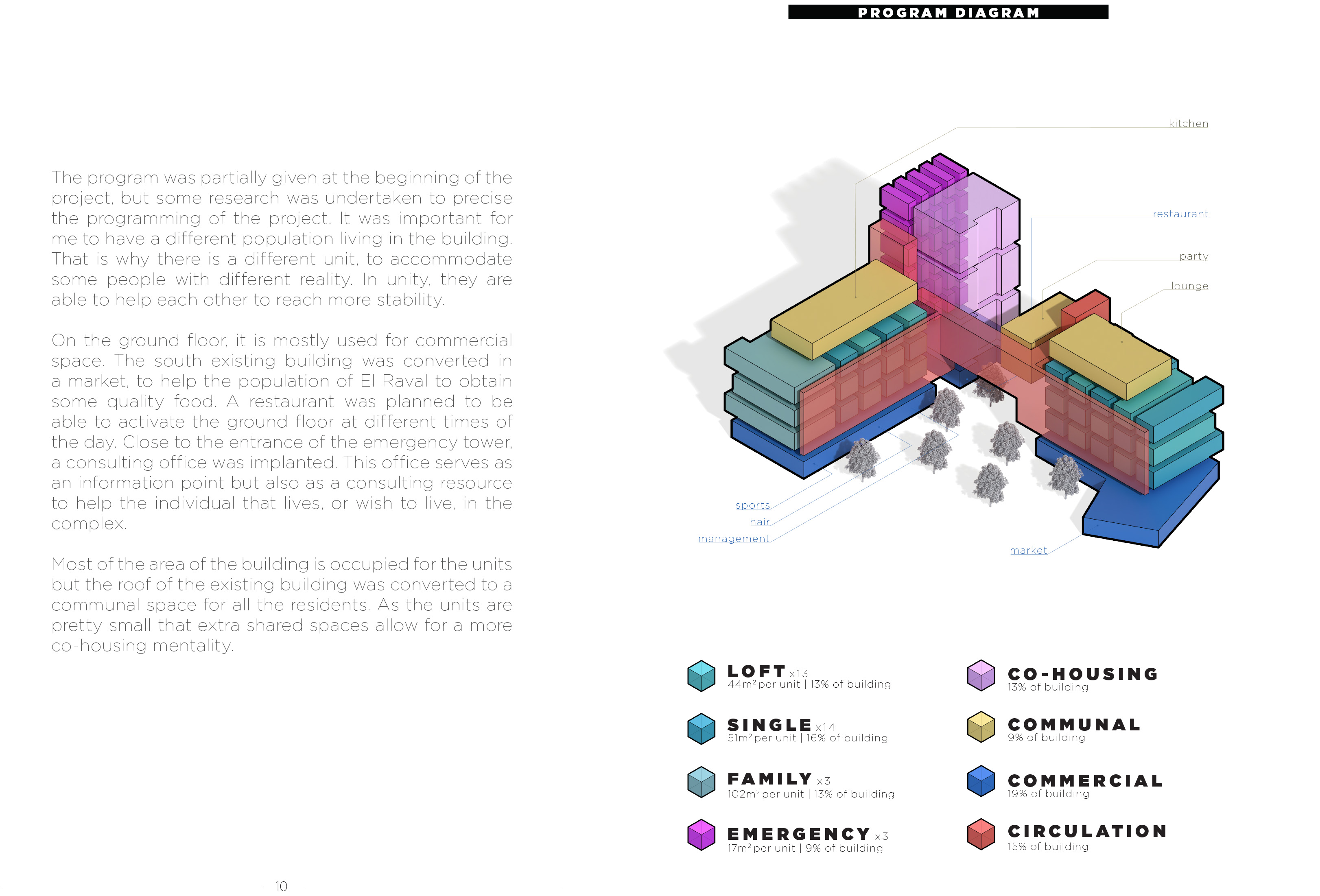 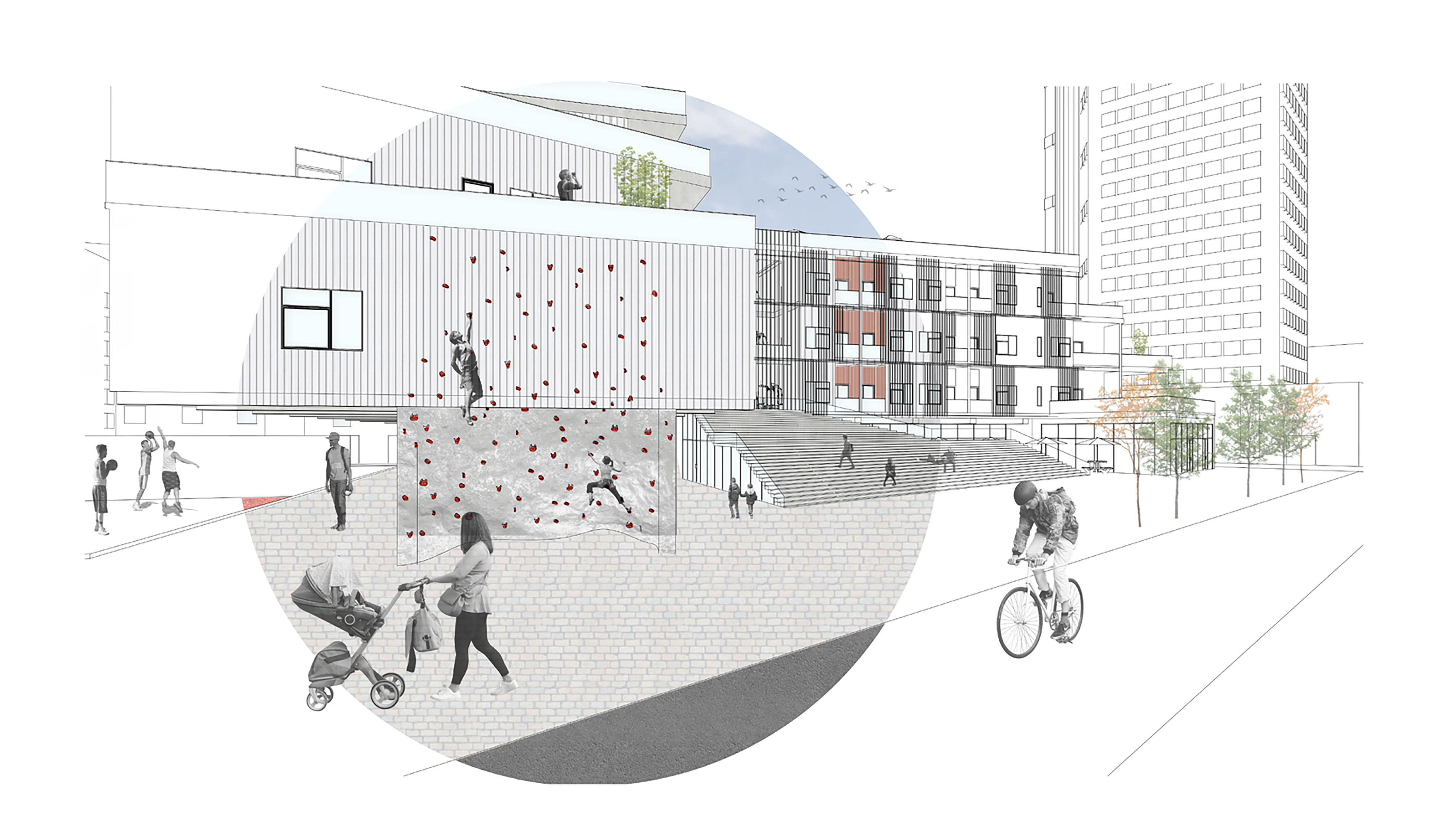 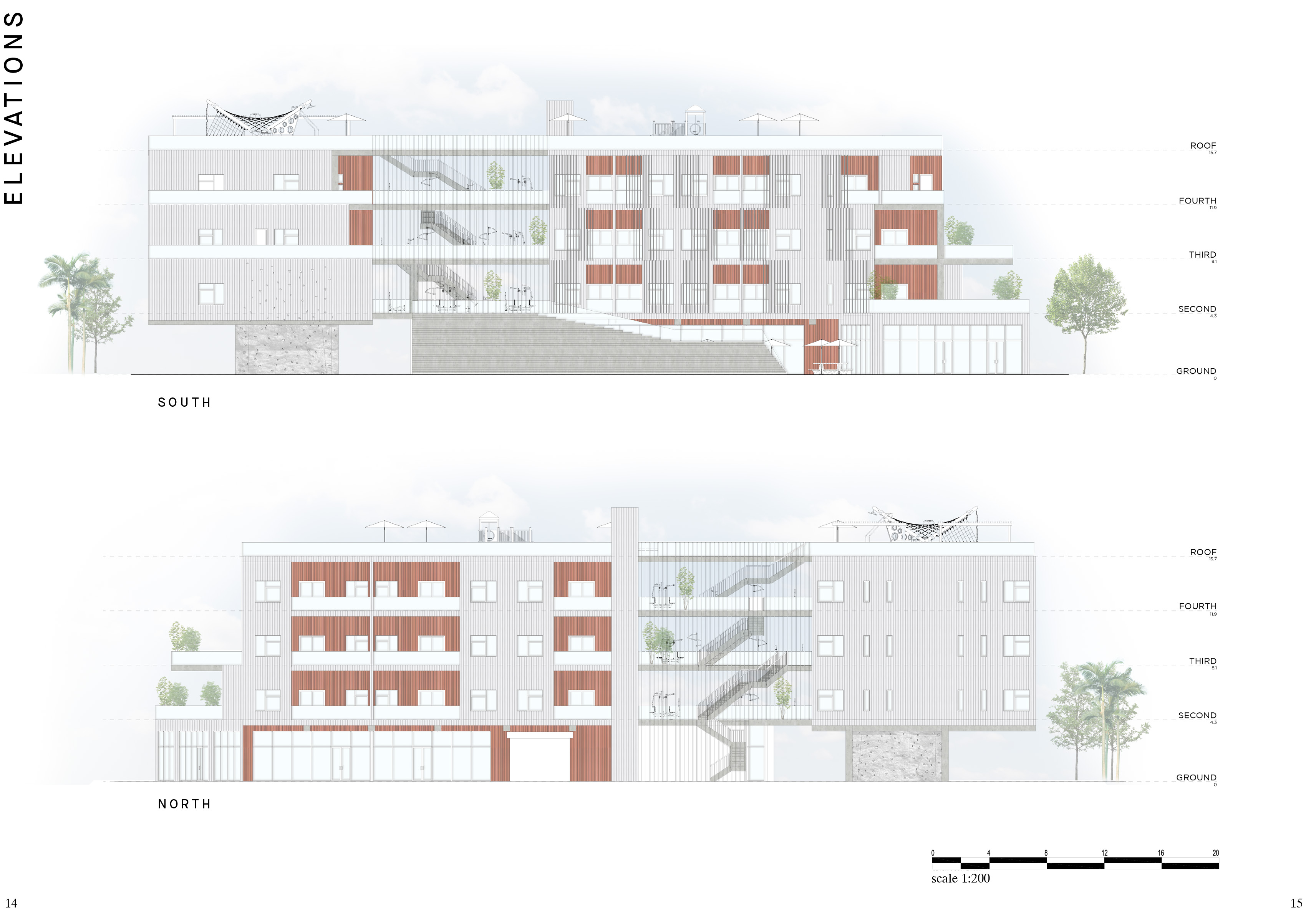 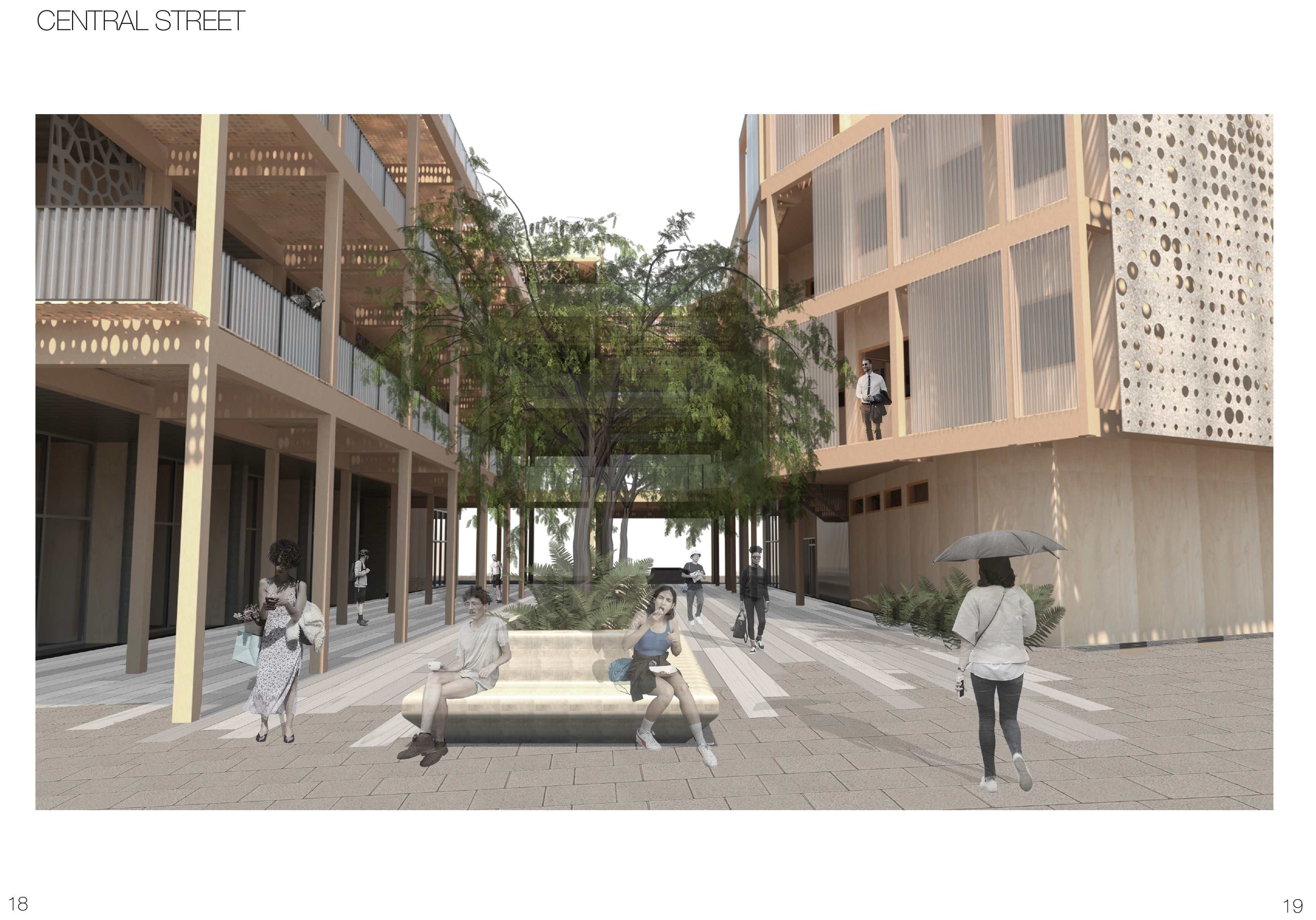